The Thinker – By Auguste Rodine

The Thinker – By Auguste Rodine 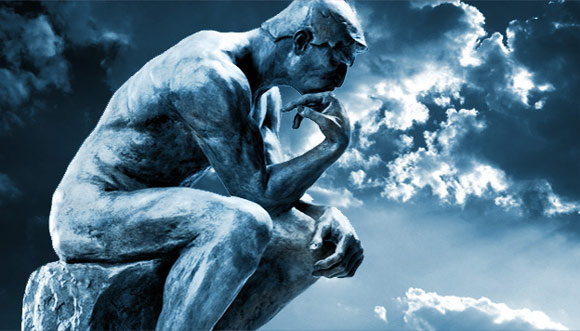 In connection to the Humanities project, I visited the National Gallery of Art, at the exhibition of The Art of Auguste Rodine in the morning of 22nd April, 2017. The Exhibition was held at the National Gallery of Art on in Washington DC, located at 6th & Constitution Ave NW, Washington DC 20565. The exhibition was scheduled to be held every day from 23rd January 2017 till the 5th of May, 2017. The exhibition was aimed at commemorating the memory of Auguste Rodine, a distinguished painter and artist from the 19th century for around three and a half decades. When I arrived at the museum, I was surprised to see that it was not packed with many visitors, and there were hardly a few paintings on display at the exhibition. The gallery’s ambience was very pleasant; there was adequate lighting and the corridors and the display sections were very spacious and tidy. The exhibition, I was told the exhibition would last all day till the gallery closes at 5pm. I spent almost two hours at the gallery and returned at 12pm.There were the statue of The Thinker in the hallway as the picture depicts.

Although the artwork on display were very few, they were nonetheless very beautiful to look at. I think that we need to look at the message that the art work has for us. The number of art work should not be significant. Moreover, despite the artwork being of simple objects in nature, Rodine’s artistic excellence, sophistication in rendering the imagery and an intelligent use of schemes were clearly evident.

The Thinker made by Auguste Rodin, exist in many version and sizes. The making of some of these were supervised by Auguste Rodin while some were made after him. The Sculpture that is present at the DC art gallery is from among the originals which is a privilege to see. The art work is based on the ideology of Greek sculptures. One of the primary attitude that distinguished Greek sculptures from others was the point of view of Greeks about being a human (Frank, 2013, p.270). These sculptures consisted of marble or bronze. The sculpture that I saw of The Thinker is made of bronze. Greek sculptures also were mostly related to the making of human shapes to signify human thinking and the importance of human beings. They would depict humans in different moods and situations. The Thinker depicts a human who is thinking very deeply. This is a kind of introspection. This person seems to be unaware of the surrounding word.

The technique that is utilized in the making of The Thinker is the lost-wax process according to a recent finding (Thurrowgood, 2016). This process helps the artists to go into as much details in the sculpture they are making as possible. We can easily observe that this sculpture has all the minute details that can be present in a sculpture.

The Thinker has become a part of the popular culture where we as humans are encouraged to think and be critical of what they see and observe (Thurrowgood, 2016). The sculpture may seem to be a simple one but the idea behind it is very special. For me personally, I had a chance to look at many other sculptures but this one was of great attraction to me. I got an opportunity to introspect into my soul. I think that any sculpture with such a powerful message has the capacity to touch the soul of just anyone. I remember watching Night at the Museum 2009 movie which also featured The Thinker. In the movie The Thinker is usually asked to put light on complicated matters.

The artwork depicted a person sitting on a Rock. The artwork was conveying a dream-like sequence of imagination and thinking, where the colors was blurred and uniform in an impressionistic style of artwork, and the objects looked more like abstract silhouettes without sharp definitive features, clearly delineated boundaries and conventionally understood schemes. The medium was plain which helped the artist in clearly bringing out vivid color of the artwork.

The artwork appeal to me the most because not only was it aesthetically pleasing but it was also enigmatic and appealing in a pleasant way. The artwork captured Rodine’s imagination and dream-like state of mind, expressing his deep secrets of thought and emotion such as his sense of isolation, and the desire to find meaning and beauty in simple objects and sceneries in the natural order. The artwork made me think about my Humanities course and made me cognizant of how people across times, places and cultures use artistic and literary devices to express themselves. Throughout our course, we studied different art cultures. Among all of them, the Geek art work inspired me the most. The Greek art work was a transition toward featuring humans in the art work. I consider it my luck to have had an opportunity to write about The Thinker which is also inspired by the Greek sculpture art. Just like Greek Art work, The Thinker is also a manifestation of the philosophical self of a human being.

While viewing the artwork, I thought that maybe somebody else would see it differently based on his/her own experiences. Nonetheless, despite one’s uniqueness of experience, the beauty of the artwork was that it wasn’t solely about Rodine’s imagination. I noticed that other viewers too were charmed by this artwork and spent some time talking to themselves about the values and meanings contained within this artwork. Hence, one could argue that the artwork went beyond the painter and engaged with the viewers, and made them reflect about their own experiences as human beings, and about their own desires and aspirations.

Furthermore, the artwork did depict a sense of celebration and joy. The artwork depicted around a person thinking in concepts scattered closely to each other in a mysterious style. The most attractive feature of the artwork was the shapes and definitions used which was very refreshing to the eyes. Here too, the artist went beyond a simple photographic reproduction of thinker and perhaps symbolized deeper human feelings of joy, and exuberance. The artwork was 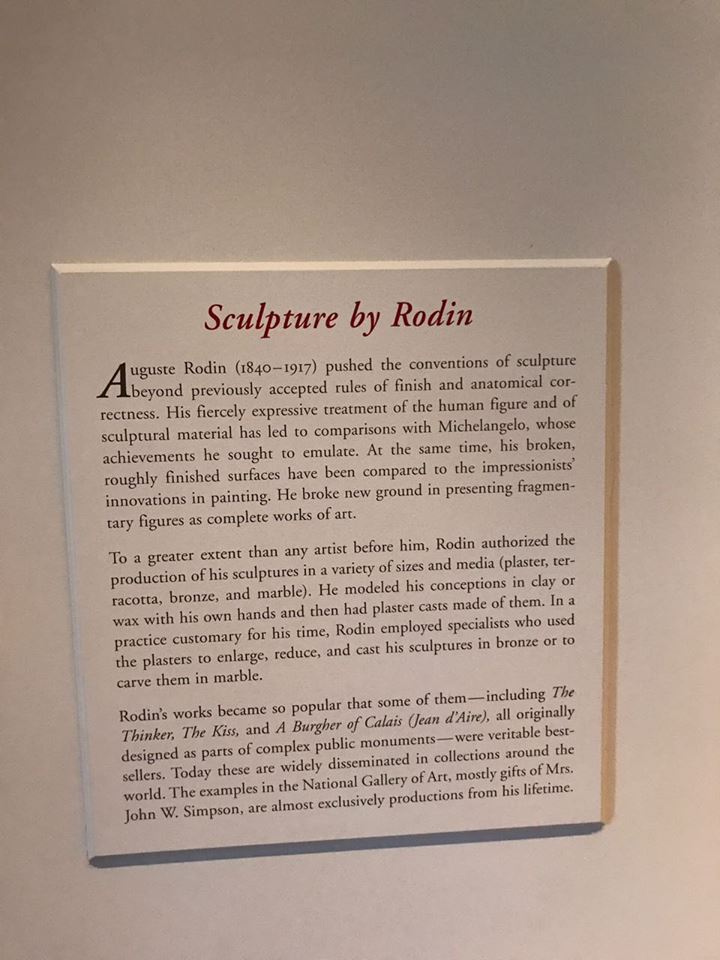 such a powerful one that it had a strong and immediate effect of altering my emotions and energy level. I had a realization that the art work that different artists make have a deep down message that they want to convey. Artist are special humans whose purpose is not primarily money or fame. Their purpose is to be heard effectively by the masses through their art work. They want to share their ideas, same as the idea of critical thinking is shared in the form of The Thinker by its artist. The burden of translating this message to our understanding is upon us.

On the whole, the exhibition allowed me to self-critically examine and reflect upon what I had learnt in the class. I was intrigued to see how works of art such as these paintings could touch us and have a compelling and mesmerizing effect upon us. I also came to realize how important and valuable the discipline of the humanities is as it tries to constantly explore and examine the existential questions of what it means to be a human being.