Choose and provide examples of 3 print, television, radio or Internet ads for sports products, services, or events. Examine the components of the ads. For each ad, list the form of media used and the action the ad wants you to take.  Identify the target market for the ad and give a brief explanation of what led you to this conclusion. Finally, explain whether or not you deem the ad to be effective and why. 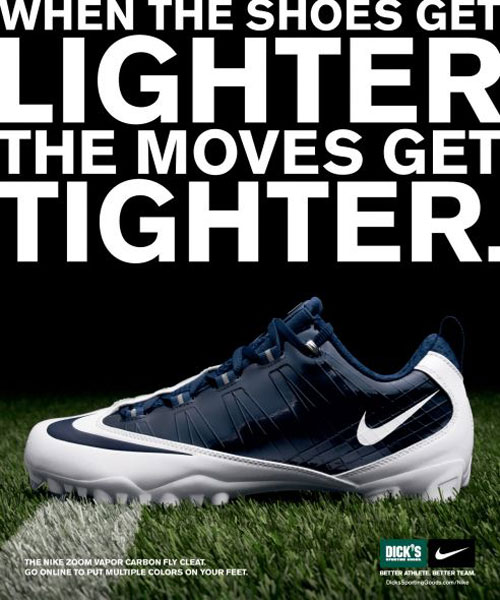 The image above shows a print ad promoting one of Nike’s running shoes. The largest component of this ad is the headline since it poses a powerful and promising suggestion that moving is much more precise and easier once a person begins to wear a lighter pair of shoes which Nike happens to sell. Another component is the advertisement’s bold visualization. The product is not overpowered by anything else, not even by the headline since the colors of the product are so vivid and the sharpness and contrast applied to the product is very noticeable.

The most probable target markets of Nike’s product are runners, joggers, and football players since most of these people need lighter shoes to be able to move comfortably and to be able to function faster in the field. 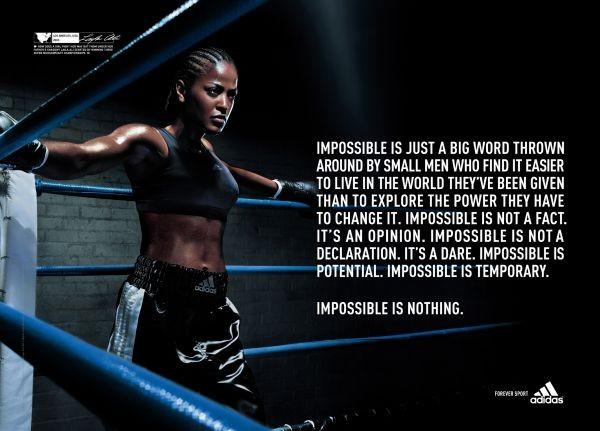 The image above is Adidas’ magazine advertisement. Its largest component is the slogan (Impossible is nothing), the sub headline, and its famous trademark. Athletes and aspiring athletes are the most probable target market of Adidas’ product. The slogan and sub headline suggests a motivation meant for those who engage in sports and for those who train although it is not impossible that other people and/or consumers will just as well find this appealing.

This advertisement used a testimonial and a presenter as a form of persuasion, driving the consumers who can relate to the presenter to buy the product the presenter is wearing, which in this case is Adidas Sportswear. The purpose of the persuasion is to testify how the product has helped. (Brierley,1995.) This, therefore, drives a lot of people to an example they will be eager to follow, which proves the advertisement’s effectiveness. 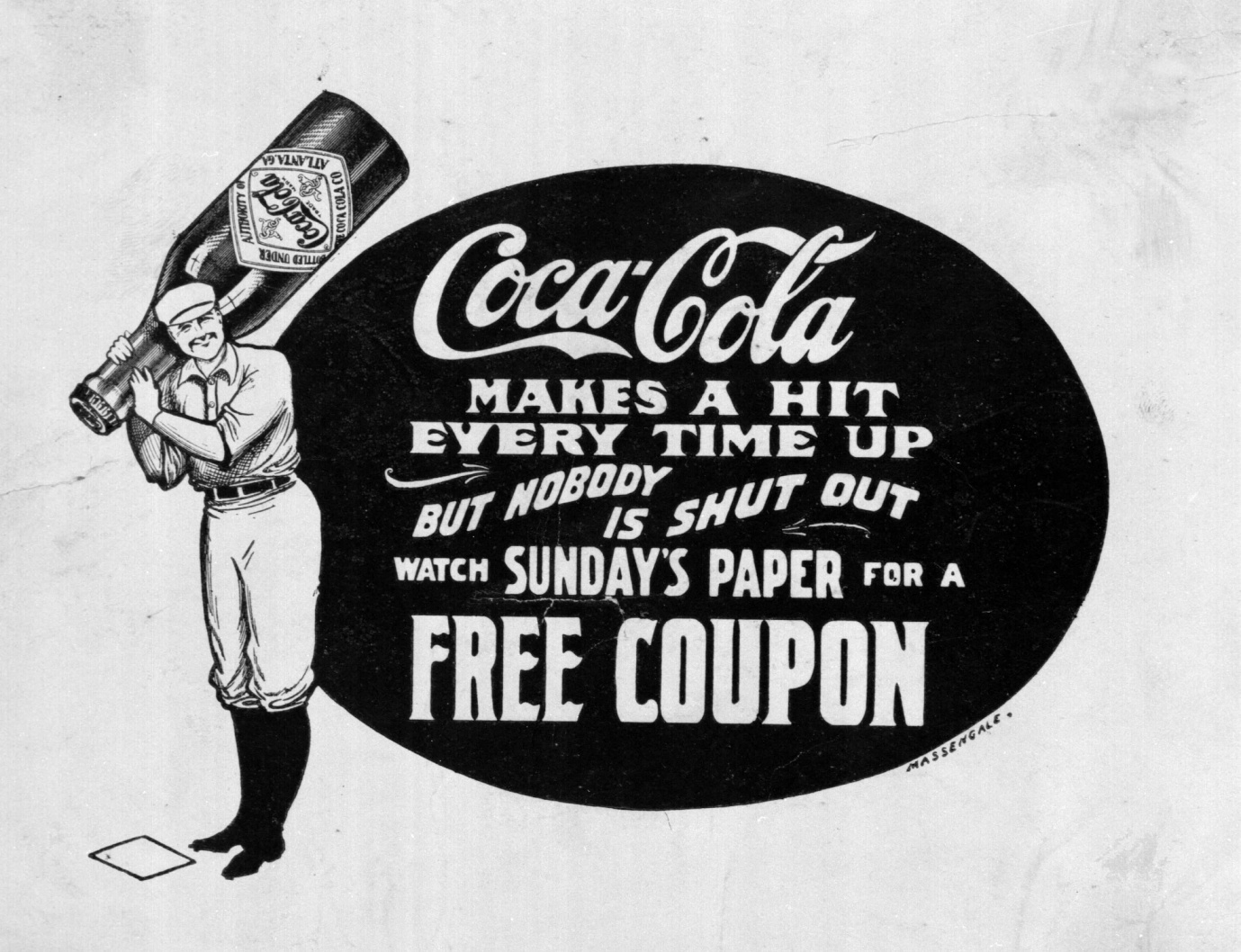 The advertisement above is a vintage Coca-Cola ad from a newspaper. The largest component of this ad is its trademark and the freebies that come along with it. The target market of this advertisement is the audience of a baseball game.

The strongest point in this ad is its layout’s and design’s simplicity. Most layouts are attractive and appealing when they are simple and not cluttered or crowded with excess texts or images. (The Entrepreneur’s Guidebook Series, 2001.) Another addition to its effectiveness is the coupon that comes along with it—because of this, the ad has achieved its publicity, and the event has been made more interesting to more people.