The first thing you need to do is choose a product and a foreign country to export chosen product to.

The Cultural analysis must contain the following information:

Company is located in Massachusetts. This company covers an area of 120,000sqft, which has a CAD studio and over 1000 Knitting machines are producing fabric patterns and it also has a Finishing Department that gives the knitted fabric a polished look. The company also manufactures High Pile Silver Knitting, Conventional Knitting and Nonwoven Stitch bounded Fabrics. It also has a rug Knitting department that produces high quality rugs. The company has a dye department, which turns the fabric and knitted product into a finished and read to use look in order to compete with the market industry, company has over 1,000 knitting which produces 1,000,000 pieces of rugs and stitched bounded fabrics annually. 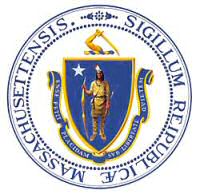 Massachusetts is the major vanguard for the America’s development. It is hub for patriots and pilgrims who required sovereignty from England. Boston is the capital, which took the lead in freedom, equality and justice. The country presents its role in developing US major history. It is also considered that the Massachusetts is the hub for major revolutionaries of American History Namely John Adam, Samuel Adams and John Hancock (iExplore). John Adam happened to be the first key figure to write the Massachusetts constitution in 1780 that prohibited slavery and two incidents led to American Revolution, one is Boston Massacre in 1770 and the other 1773 Boston Tea Party.

Massachusetts is the seventh smallest state for United States and is situated in the district of New England of Northeastern US.

Climate of Massachusetts is different in its eastern and western sections. However, the country has cold winters and moderately warm summers. It also has humid climate. However, in Boston the standard percentage of sunshine of every month is 50%. According to the National Weather Service Data the hottest temperature is recorded 108degress Fahrenheit. The lowest temperature recorded -35 degrees at Chester in 1981 (Net state).

Massachusetts is about 190 miles long and comprised of six regions:

The most widespread language is English. However, in the metropolitan region of state Spanish and Portuguese populations are growing.

The major population of Massachusetts is Catholics. While in 1800s large population of Irish immigrants still reside in Boston. Moreover, the Protestants is the second largest religion whereas, Muslims and Jews also exists in small groups.

The Government has three major branches: Executive, legislative, and Judicial. The current Governor of Massachusetts is Charlie Baker, who leads the executive branch. The legislature has 40 member in the senate and 160 members are present in House of Representatives. The state is Democratic. The governor is elected on four-year term. The Massachusetts legislature is called “Great and General Court” is responsible for the maintaining law and order and declaring rules which may facilitate the State Government to work.

The Sate Motto of Massachusetts defined by an English Soldier Algernon Sidney in 1659.