Sunrise Consultancy is a medium-sized consulting firm that operates 17 offices around the world (Dallas, Chicago, New York, Atlanta, Miami, Seattle, Los Angeles, San Jose, Toronto, Montreal, London, Paris, Sao Paulo, Singapore, Hong Kong, Sydney, and Bombay). They have been using Internet connections to exchange email and files, but the volume of traffic has increased to the point that they now want to connect the offices via a WAN. Volume is low but expected to grow quickly once they implement a new knowledge management system. What type of WAN topology and WAN service would you recommend? Why?

According to the details of the case study, there are 17 offices that are spread over the world and they are already using internet to exchange emails and other data among these offices. Due to the increased volume of traffic, Sunrise Consultancy want to upgrade to a WAN. In this case I would recommend a Multiprotocol Label Switching (MPLS) VPS. This network incorporates packet switching technology which has a guarantee of no data loss (Fitzgerald & Dennis, 2014). There are many benefits of using MPLS VPS to connect the 17 offices. Following are few of the advantages.

The functioning of the MPLS is primarily based on the cloud computing system which is considered as the future of WAN. The 17 offices can be connected to each other with the help of broadband connection. All the offices will be able to form a private network to share data and communicate. In the figure bellow, a sample of different offices forming a private network with the help of MPLS can be seen. 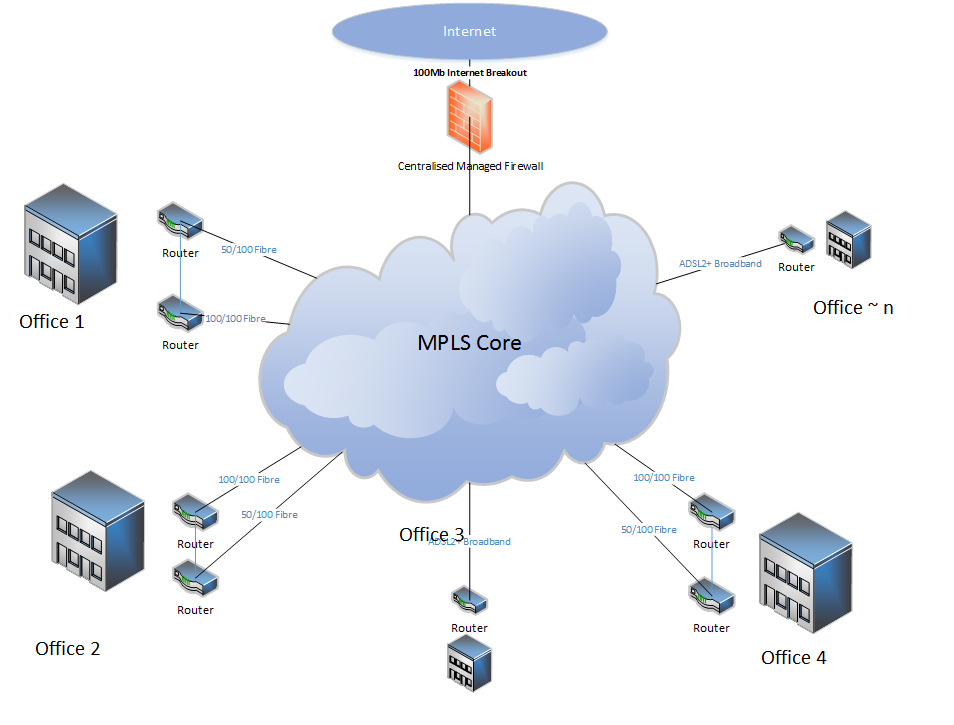